Fast, feature rich and easy to use File, Block and Object storage for your Cloud-Native Applications. It is designed to make use of off the shelf storage and networking infrastructure and present it as enterprise grade SDS (Software-Defined Storage) solution.

NexentaEdge nodes are deployed as containers on physical or virtual hosts, pooling all their storage capacity and presenting it as fully compatible S3/SWIFT object access for containerized applications running on the same or dedicated servers. Additionally data can be accessed as native block devices (NBD), iSCSI (with optional HA), NFS shares (with optional HA) and as High-Performance NOSQL interface. Storage services are managed through standard Docker tools, for greater agility and scalability. Advanced CLI and nice GUI provided for easy of use. 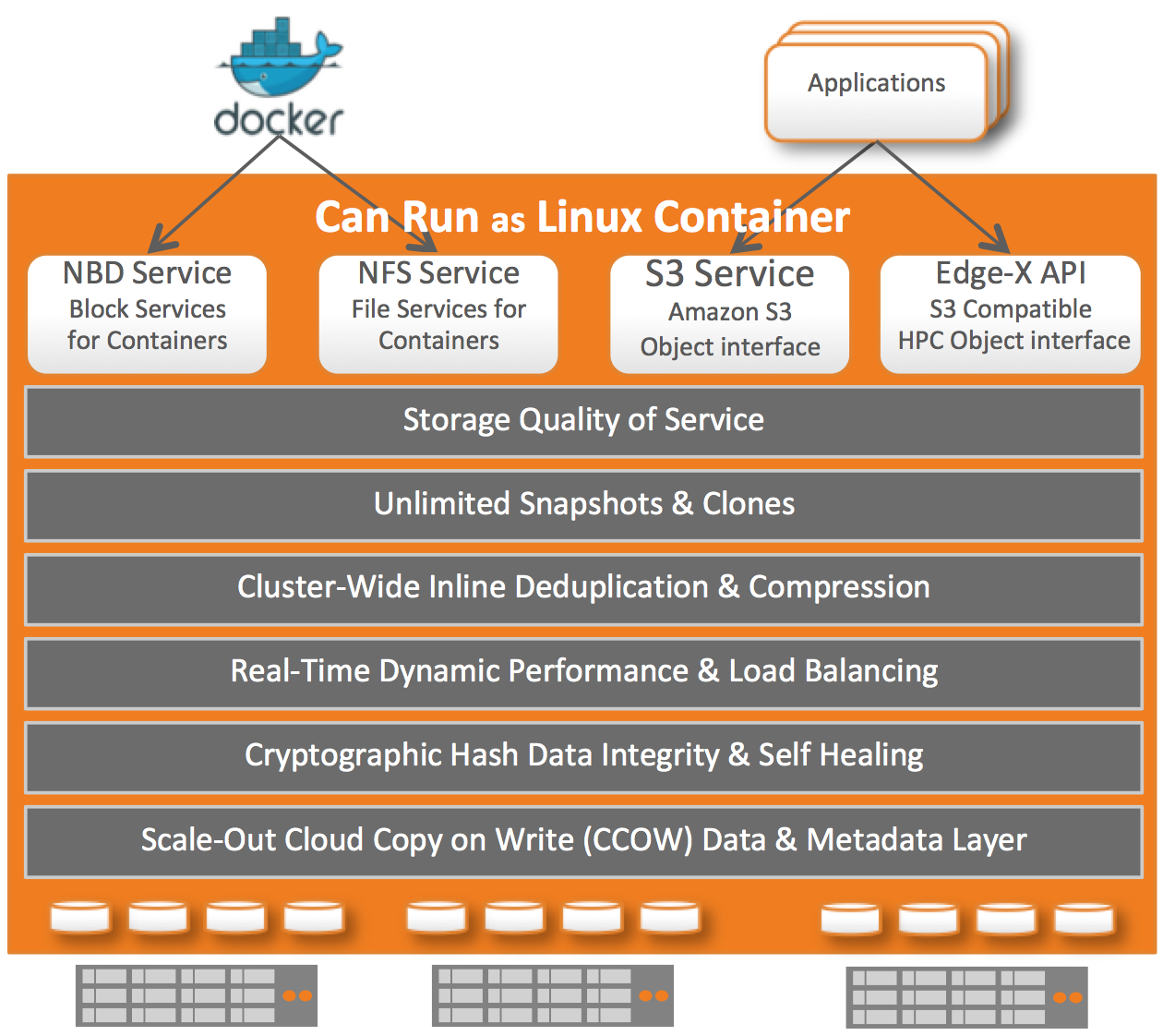 Architecturally it is software defined clustered object storage solution built upon Cloud Copy on Write (CCOW) idea. Fundamentally it enforces full immutability of any data in the clustered global name space. That is metadata and data are equally made immutable and cannot be modified. Visually it can be presented as classic immutable binary trees data structure managing references to "chunks". In CCOW objects split down into one or more chunks. Those chunks are immutable (“copy-on- write”), and their locations are not stored in the metadata. CCOW supports two types of object payload: an array of bytes and arrays of key/value records. File systems have long distinguished between data and metadata. CCOW stores metadata in Manifest Chunks, and data in Payload Chunks. Both are chunks, with nearly identical operations and characteristics.

In the diagram above, the name of the Object is used to generate a digest using SHA-256. This digest is the starting point for named objects. For individual data chunks a content digest is used. The digest is used to look up a negotiation group of storage devices. Real time negotiation with members of Negotiation group using Replicast identifies the best number of replica target devices to use to store the object chunk based on utilization, latency or both policy.

Replicast transport protocol is responsible for low latency and high throughput communications and supports the following modes of operation:

By default NexentaEdge installs in two configurations as far as Replicast transport protocol is concerned: